Codependent on Us: If We’re Good, Then I’m Good with Ben Fineman, AMFT

How can you be codependent on a relationship instead of a partner?

How do you recognize a pattern of codependency in past relationships?

How do you create an interdependent relationship if you’ve been a codependummy your whole life?

In this podcast episode, Marissa speaks with Ben Fineman, AMFT about his experience being codependent on a relationship rather than his partner. How? Ben shares about needing things to “be good” with his former partner, what actions he took in order to make sure things were “good,” and what it took for him to acknowledge things were not “good” to leave the relationship. Ben describes the work he has done to to cultivate a healthy interdependence and why it’s worth it.

Be sure to sign up for my free course, Codependummy 101, at http://www.codependummy.com

Meet Ben Fineman, a Registered Associate Marriage & Family Therapist #119754, Supervised by Curt Widhalm, LMFT #47333, is a psychotherapist in Los Angeles who specializes in helping young professionals and creatives find greater success in their personal and professional lives. He holds a BS in Business Administration from Boston University and an MA in Clinical Psychology from University of the West. Ben is a former professional high-stakes poker player and cohost of the Very Bad Therapy podcast.

More deets on this week’s episode:

Ben kicks us off with his definition of codependency: putting your needs behind somebody else’s and potentially taking that on as your identity. MIC DROP! He provides examples of how this may come up with another struggling with addiction, in romantic relationships, and other arenas where a codependent subverts their needs and does it for survival. Ben discusses the very real fear that codependents have: “if the other person you rely on most is lost, then you will be alone in the world.”

Ben opens up about the distress he had when the relationship was doing poorly. He felt anxious, unstable, and needed to address any issue ASAP while his partner needed space. Marissa poses the question if Ben was codependent on the relationship being “good” in order to feel good within himself. Returning to the definition he discussed at the beginning, she highlights how he was putting the needs of the relationship above his own and subverting his needs in order to maintain cohesion in the relationship.

Ben opens up about when he started to have doubts in his relationship and what led to him eventually decided to end it. He attempted to enter into another relationship but thankfully was able to recognize the need to be in relationship with himself rather than look for another long-term relationship to be codependent on. Ben shares about his healing journey and how he started reading books on Buddhist philosophy, psychology, and going to therapy. He began to reject the idea that he was only worthy in a relationship.

Marissa asks Ben about how he was able to recognize his unhealthy patterns, make changes, and then actually apply that to a relationship. Ben opens up about how he was drawn to his fiance thanks to him being very clear about wanting an “interdependent” relationship. Marissa reflects how Ben and his new boyfriend (then fiance) were very clear about their boundaries and how they did not want to overly rely on one another or subvert their needs for the relationship. Thanks to Ben’s work on himself, he was able to assert his need for interdependence and his then boyfriend responded with understanding and compassion.

Fast forward, Ben now has been able to grow and pursue his own independent interests while being in a healthy relationship. He attends events by himself, finds ways to self-soothe, and enjoy his own company when he is alone. The fears of being alone, being abandoned come up but “I’ve had to learn to tolerate it” and has found ways to take care of himself. Be sure to hear Ben open up about how becoming more self-reliant and independent led to him diving deep into his new passions and the contentment it brought him to do that!

How to leave a rating and review: https://youtu.be/2tN1JS8Kz28
Pema Chodron Book

Want to work with me? Go to http://www.therapywithmarissa.com

Be sure to sign up for my free course, Codependummy 101, at http://www.codependummy.com. It’s a 10-part course filled with wisdom, ways, and writing prompts to help you start on your journey to transform from codependummy to codependiamond! 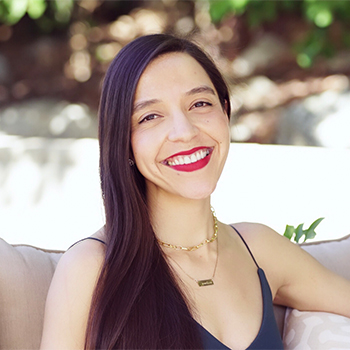